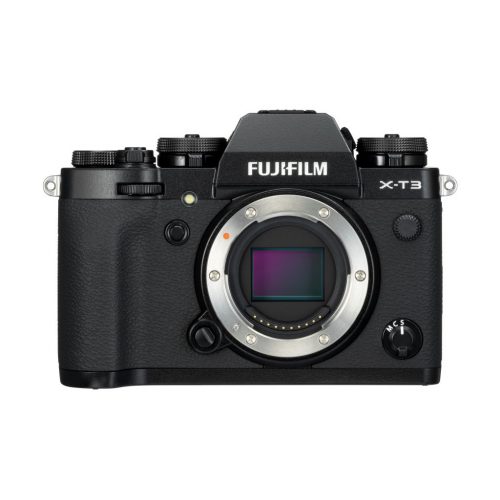 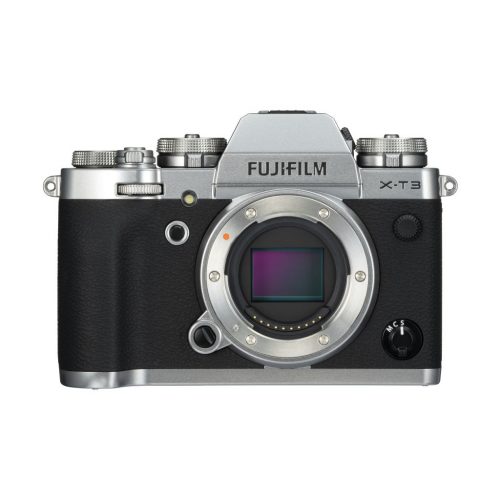 The FUJIFILM X-T3 features a newly-developed back-illuminated “X-Trans* CMOS 4” sensor, the fourth generation to feature in the X Series. Boasting a resolution of 26.1MP, the sensor uses a unique color filter array, synonymous to X-Trans CMOS sensors, to control moiré and false color without the use of an optical low-pass filter. Its back-illuminated structure enhances image quality while maintaining a high S/N ratio. Furthermore, ISO160, previously available only as extended ISO, is now part of the normal ISO range, allowing you to achieve incredibly clean, noise free images.

The FUJIFILM X-T3 uses the X-Processor 4, an evolved version of X Series’ image processing engine that boasts advanced processing capabilities. The new processor, combined with a new algorithm, enhances the Film Simulation modes, substantially improving the camera’s ability to track moving subjects, boosts AF’s speed and accuracy, and allows for a more diverse range of video functions. It maximizes the full potential of X-Trans CMOS 4 sensor to deliver the highest performance in all aspects in the history of X Series.

The FUJIFILM X-T3 features a 3.69-million-dot high resolution EVF with a high magnification ratio of 0.75x. The display time lag of just 0.005 seconds and refresh rate of approx. 100fps* ensure smooth display and allows you to precisely identify subject movements and focus positions.

Increased read speed from the sensor and the new high-speed processor have made it possible to have AF/AE-tracking, blackout-free continuous shooting of up to 30 fps** in approx. 16.6M (1.25x crop) mode using the electronic shutter, while maintaining a smooth Live View of 60fps to track your subject. The rolling shutter distortion, a typical issue for electronic shutters, has been halved compared to the previous generation.

The “Sports finder mode” makes it even easier to capture moving subjects. The new mode marks a cropped area in the viewfinder and shoots at approx. 16.6M (1.25x crop). This is particularly useful for sports and wildlife photography, as you can check the movements of a subject just outside the shooting frame and take advantage of shorter-than-usual blackout time as compared with the mechanical shutter.

Film Simulation modes for a variety of color tones and gradations

The FUJIFILM X-T3 offers 16 Film Simulation modes so that you can match your true photographic intention in a similar way to how photographers used to choose purpose-specific photographic films. This unique philosophy reflects Fujifilm’s heritage and color science know-how, nurtured by over 80 years of film manufacturing.

The FUJIFILM X-T3 offers the new “monochrome adjustment” function to faithfully reproduce warm and cool tones which were conventionally achieved using specific photographic papers and developers. This function, available in the standard “Monochrome” as well as the “ACROS” mode, provide smooth halftones, deep blacks, and beautiful textures to broaden the scope of monochrome expression.
This effect produces deeper colors and gradation in subjects with highly saturated colors present in vivid and shaded flowers, which are notorious

Fast and accurate phase detection AF across the frame

The FUJIFILM X-T3’s sensor has increased the phase detection AF area to the entire frame (approx. 100%) with 2.16M phase detection pixels. The low-light AF sensitivity has also been extended from -1EV to -3EV, enabling high-speed AF in even lower light conditions, like a scene lit only with candlelight.

The performance of face-detection AF on a moving person has been doubled. The eye-detection AF works in AF-C mode, maintaining accurate focus-tracking with portraits. It focuses precisely when shooting people from the front or side.

Enhanced ISO performance for a wider scope of video expressions

The introduction of a new noise reduction process and new “4K interframe NR” function have reduced noise at ISO12800 by the equivalent of approx. 2 stops. The NR process has a greater level of noise-identifying accuracy for appropriate denoising performance. The 4K interframe NR function uses differential data between adjacent frames to reduce noise even further. Furthermore, the minimum sensitivity for shooting F-Log and with the setting of DR400% footage has been extended from ISO800 to ISO640.

Available at the end of 2018 via firmware update, the FUJIFILM X-T3 will support video recording in the Hybrid Log Gamma (HLG), one of the formats defined in the ITU-R BT.2100 international standards. In response to user feedback, the firmware update will also allow the FUJIFILM X-T3 to simultaneously output Film Simulation and F-Log footage, further expanding its video functions.

The FUJIFILM X-T3’s 10bit color depth has 64 times the color information versus an 8bit depth system. With the wide dynamic range of 400% (approx. 12 stops), it enables gradation-rich video recording when applying “ETERNA”, characterized by subdued color and rich shadow tones, or “F-Log,” which is a gamma curve option with an even wider dynamic range.

The FUJIFILM X-T3 inherits FUJIFILM X-T2’s popular design features such as the positioning of dials on the top panel, central viewfinder style for added sense of stability, and excellent grip design for comfort.

The silver color is lineup as standard, which features more classical tone compared with graphite silver, limited edition for previous models. Its styling that reminds you of traditional film cameras is combined with outstanding practicality, making it photographic equipment that is a pleasure to own for many years to come.

EVF’s diopter adjustment is lockable achieved by pulling out and rotating a diopter knob, so as to prevent unintended adjustments while carrying the camera.

The FUJIFILM X-T3 uses a touchscreen panel with higher contrast, wider viewing angle and better operability than those in previous models to enable intuitive operation.

A headphone jack is provided on the camera body so that all accessories required for video recording, such as microphone and HDMI devices can be centrally connected to the body for added mobility in videography.
Also, the terminal cover is removable, and USB terminal supports USB-Type C (USB3.1 Gen1) specification. 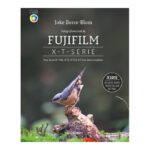